ANTI-TUBERCULOSIS DRUG RESISTANCE IN THE WORLD

The primary aim of this report is to share survey and surveillance data on drug resistance in tuberculosis (TB). The data presented here are supplied largely by the programme managers who have led the work on surveys, but also by heads of reference laboratories and by principal investigators who may have been hired to assist the national TB programmes with the study. We thank all of them, and their staff, for their contributions. The World Health Organization/International Union Against Tuberculosis and Lung Disease (WHO/UNION) Global Project on Anti-Tuberculosis Drug Resistance Surveillance is carried out with the financial backing of United States Agency for International Development (USAID) and Eli Lilly and Company as part of the Lilly multidrug resistant (MDR)-TB Partnership. Drug resistance surveys were supported financially by the Dutch Government, the Global Fund, Japan International Cooperation Agency (JICA), Kreditanstalt für Wiederaufbau (KfW Entwicklungsbank), national TB programmes and USAID). The Supranational Reference Laboratory Network provided the external quality assurance, as well as technical support to many of the countries reporting. Technical support for surveys was provided by the Centers for Disease Control and Prevention (CDC), JICA, the Royal Netherlands Tuberculosis Association (KNCV), and WHO. Data for the WHO European Region were collected and validated jointly with EuroTB (Paris) — a European TB surveillance network funded by the European Commission. 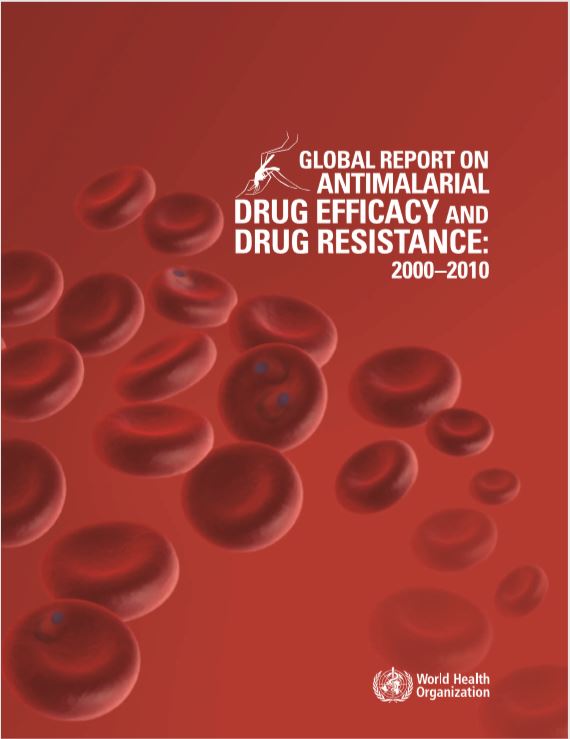 This is a research implemented under the collarboration between NDRI and HMU to describe sexual behaviour of young men at the age of 16 - 29 who are drug users. By using the combination of anthropology and epidemiology research methods to approach and interview subjects. At the point of the interview, all of interviewees are using heroine within last 30 days, of them, 28,9% is using by smoking; 58,4% is using by injecting; and the rest are using by both smoking and injecting. 88,7% of them has had intercourse. The average of age at the first intercourse is 17,9. The propotion of condom use at the first intercourse is 34,9%. Sexual behaviour of young men who are drug users is a risk of HIV transmission among them and from them to others in community. "Background: In 1993, the WHO declared tuberculosis (TB) a global emergency. At the same time, the DOTS strategy was recommended for controlling TB. DOTS focuses on sputum smear positive pulmonary TB patients who present themselves to a health facility for diagnosis. Vietnam has met the WHO targets for both case detection rate ( >70%) and successful treatment rate (>85%) during the eight most recent years. Despite persistently high case detection and cure rates, there is no evidence of decreased TB incidence. Objective: to study components of the DOTS strategy related to information and education among health care staff and the general public, as well as to analyse case detection in a rural area in Vietnam. Methods: The studies were conducted in a demographic surveillance site (FilaBavi) in Bavi district and in a sample of 42 randomly selected districts in the north and central regions of Vietnam. Those persons with prolonged cough in the sample of 35,832 individuals aged IS or above in FilaBavi, were interviewed about their health seeking behaviour and TB knowledge. Those interviewed also provided sputum samples for AFB and a chest X-ray for TB diagnosis. TB notification and mortality rates were analysed for prolonged cough cases covering 1,384 person-years of observation over a two and a half- year period. Knowledge and practices regarding TB care were assessed among 253 health care staff in Bavi district. Knowledge about TB and its treatment was examined among 364 TB patients in 42 districts in 27 provinces of Vietnam. Results: Individuals who reported a prolonged cough had limited knowledge of the suggestive symptoms of TB, causes, transmission mode, and curability of TB. Forty-eight percent of prolonged cough respondents did not know any suggestive symptoms of TB. TB patients had high knowledge levels regarding the curability and suggestive symptoms ofTB. However, knowledge about the cause of TB and the structure of follow-up sputum examinations was low among TB patients. Among prolonged cough cases, 74% sought care outside the public health sector for their fIfSt health care action. Better TB knowledge was significantly related to having sought health care and seeking hospital care. Individuals who did not know any suggestive symptoms of TB more commonly used self- medication or less qualified health care providers (such as private practitioners and pharmacies) for their first health care action, than people who knew TB symptoms (80% vs. 68%, p

Describing some relative factors of hydrocephalus patients who were treated at neural surgical department of Saint Paul hospital. Subjects and methods: 354 children with hydrocephalus (male: 213, female: 141) were treated at neural surgical department of Saint Paul hospital from june 1996 to august 2005, ages range from 3 dates to 15 years old. Using descriptive method: retrospective and prospective study. Results: The sex ratio is 1.5. Almost the patients are under 1 year old (65,5%). The rate of premature birth is 15.3%, the rate of asphyxy birth is 28.8%. Almost patients live in rural areas (71,5%). Job of their parents is major farmer (fathers: 50.9%; mothers: 57.6%). The rate of infected pregnant mothers is 30.5%. The rate of Patients’ father who had caught toxic agents (vermicide, Orange agent…) before having children (35.6%). 2/59 other children in the patients’ family also have hydrocephalus. Conclusion: We find out some relative factors which have high rate in hydrocephalus patients such as: sex male; Patients are under one year old; premature birth, asphyxy birth; infected mothers wese at gestation; fathers have caught toxic factors before having children; living in rural areas; job of parents is farmer The Stop TB Department of the World Health Organization gratefully acknowledges the members of the Guidelines Group (listed in Annex 6), including Jeremiah Muhwa Chakaya, the Chairperson. Richard Menzies (McGill University, Montreal, Canada), Karen Steingart and Phillip Hopewell (University of California, San Francisco, USA) and Andrew Nunn and Patrick Phillips (British Medical Research Council) led the teams that compiled, synthesized and evaluated the evidence underlying each recommendation. Suzanne Hill and Holger Schünemann facilitated the meeting of the Guidelines Group. Useful feedback was obtained from the External Review Group (also listed in Annex 6). Additional feedback and support were provided by the Guidelines Review Committee (Chair, Suzanne Hill; Secretariat, Faith McLellan). Publication of the guidelines was supported in part by a financial contribution from the Global Fund to Fight AIDS, Tuberculosis and Malaria. The document was prepared by Sarah Royce and Malgorzata Grzemska. Dorris Ortega provided secretarial support. These guidelines for the treatment of persons who have or are at risk for sexually transmitted diseases (STDs) were updated by CDC after consultation with a group of professionals knowledgeable in the field of STDs who met in Atlanta on April 18–30, 2009. The information in this report updates the 2006 Guidelines for Treatment of Sexually Transmitted Diseases (MMWR 2006;55[No. RR–11]). Included in these updated guidelines is new information regarding 1) the expanded diagnostic evaluation for cervicitis and trichomoniasis; 2) new treatment recommendations for bacterial vaginosis and genital warts; 3) the clinical efficacy of azithromycin for chlamydial infections in pregnancy; 4) the role of Mycoplasma genitalium and trichomoniasis in urethritis/cervicitis and treatment-related implications; 5) lymphogranuloma venereum proctocolitis among men who have sex with men; 6) the criteria for spinal fluid examination to evaluate for neurosyphilis; 7) the emergence of azithromycin-resistant Treponema pallidum; 8) the increasing prevalence of antimicrobial-resistant Neisseria gonorrhoeae; 9) the sexual transmission of hepatitis C; 10) diagnostic evaluation after sexual assault; and 11) STD prevention approaches.