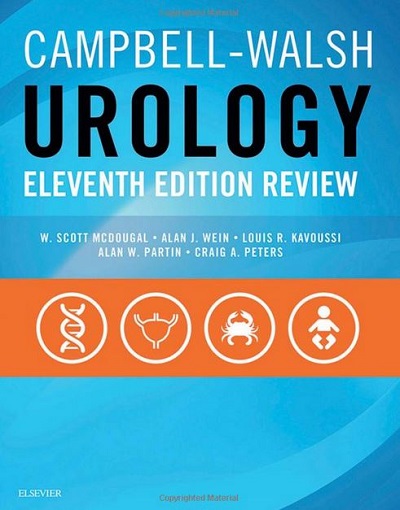 Following the same chapter structure as the authoritative Campbell-Walsh Urology, 11th Edition, this trusted review covers all the core material you need to know for board exam preparation and MOC exams. Drs. W. Scott McDougal, Alan J. Wein, Louis R. Kavoussi, Alan W. Partin, and Craig A. Peters provide more than 3,000 multiple-choice questions with detailed answers that help you master the most important elements in urology, while interactive questions, self-assessment tools, an extensive image bank, and more are available on Expert Consult. Sabiston and Spencer Surgery of the Chest, 9e

For complete, authoritative coverage of every aspect of thoracic and cardiac surgery, turn to the unparalleled guidance found in Sabiston and Spencer Surgery of the Chest, 9th Edition. Now in full-color for the first time, Drs. Frank W. Sellke, Pedro J. del Nido, and Scott J. Swanson’s standard-setting two-volume set is meticulously organized so that you can quickly find expert information on open and endoscopic surgical techniques performed in the operating room. With its comprehensive coverage of thoracic as well as adult and pediatric cardiac surgery, this 9th Edition is an essential resource not only for all thoracic surgeons, but also for physicians, residents, and students concerned with diseases of the chest. 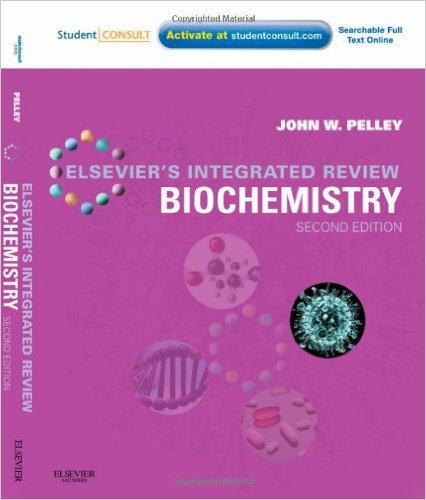 Effectively merge basic science and clinical skills with Elsevier’s Integrated Review Biochemistry, by John W. Pelley, PhD. This concise, high-yield title in the popular Integrated Review Series focuses on the core knowledge in biochemistry while linking that information to related concepts from other basic science disciplines. Case-based questions at the end of each chapter enable you to gauge your mastery of the material, and a color-coded format allows you to quickly find the specific guidance you need. Online access via www.studentconsult.com – included with your purchase – allows you to conveniently access the book’s complete text and illustrations online as well as relevant content from other Student Consult titles. This concise and user-friendly reference provides crucial guidance for the early years of medical training and USMLE preparation.

"The prevalence of type 2 diabetes mellitus is increasing in Vietnam as well as in other developing countries (China, Indian subcontinent, and Africa). Searching for hypoglycemic agents with origin from domestic herbals was considered as a useful way to ﬁnd novel therapy of the disease. Aﬁer treatment i.p. or orally of normal mice with extract of Anemarrhena asphodeloides (A.a.), Angiopteris evecta (A.e.) and Gynostemma pentaphyllum (G.p.), blood glucose levels of the mice were decreased. All of those 3 extracts also suppressed the rise in blood glucose in Il0l‘II18l mice during a glucose tolerance test. At both 3.3 and 16.7 mM glucose, 2, 4 and 8 mg/ml Anemarrhena asphodeloides (A.a. or TH2) increased the insulin release of Wistar (W) and Goto- Kakizaki (GK) rat islets. In perifusions of islets, A.a. also increased insulin secretion that retumed to basal levels when A.a. was omitted from the perifusate. Thus, ethanol extract of the roots of A.a. contains a substance, TH2, that stimulates insulin secretion from islets of normal W and GK rats. The mechanism behind TH2-stimulated insulin secretion involves an effect on the exocytotic machinery of the B-cell, mediated via pertussis toxin-sensitive Ge-proteins. G.p. extract had a hypoglycemic effect in rats and mice. We have isolated the active compound, phanoside, a gypenoside with molecular mass of 914.5 Da. When given orally to rats, phanoside (40 and 80 mg/kg) improved glucose tolerance and enhanced plasma insulin levels. Phanoside stimulated insulin release at 3.3 and 16.7 rnM glucose from isolated rat pancreatic islets of both W and GK rats. Interestingly, B- cell sensitivity to phanoside is higher at 16.7 mM than at 3.3 mM glucose, since signiﬁcant insulin responses were observed with phanoside between 31.25 and 125 |.1M only at the high glucose levels. When W rat islets were incubated at 3.3 mM glucose with 150 uM phanoside and 0.25 mM diazoxide to keep K-ATP channels open, insulinrelease at 16.7 mM glucose. When using nimodipine to block L-type Ca“ chamiels in B-cells, phanoside-induced insulin secretion was unaffected at 3.3 mM glucose but decreased at 16.7 mM glucose. In perifusion of islets, phanoside (75 and 150 uM) dose-dependently increased insulin secretion that returned to basal levels when phanoside was omitted. Thus, the effect of phanoside seems to be exerted distal to K-ATP channels and L-type Ca2+ channels that is on the exocytotic machinery of the B-cells. In conclusion, from 8 Vietnamese herbal drugs, we .have found 3 extracts which decreased blood glucose of the mice. Two of them (A.a and G. p. extract) stimulated insulin secretion from rat islets. Ethanol extract of A.a. (TH2) stimulated insulin secretion by an effect on the exocytotic machinery of the B cell mediated via pertussis toxin sensitive Ge-protein. From G.p. we islolated a novel substance, phanoside, that directly stimulates the exocytosis of insulin. secretion was similar to that in islets incubated in 150 pM phanoside alone. At 16.7 mM glucose, phanoside-stimulated insulin secretion was reduced in the presence of 0.25 mM diazoxide. In W islets depolarized by 50 mM KCI and with diazoxide, phanoside stimulated insulin release 2-fold at 3.3 mM glucose but did not further increase the" Sabiston and Spencer's Surgery of the Chest E-Book Expert Consult The unquestioned leader in dermatopathology resources, Weedon’s Skin Pathology returns with expanded and updated coverage in this specialized field of pathology. Offering an enhanced emphasis on differential diagnosis, new author Dr. James W. Patterson provides the most clinically relevant developments in molecular biology and techniques while maintaining Dr. Weedon’s consistent, uniform approach to the subject. From practitioners and specialists to pathologists and dermatologists, this medical reference book is an essential addition to any dermatopathological library. This series extracts the most important information on each topic and presents it in a concise, uncluttered fashion to prepare students for the USMLE. High-Yield means exactly that! Grant’s Dissector walks students step by step through dissection procedures in the anatomy lab. Each chapter is consistently organized beginning with a brief study of surface anatomy followed by concise coverage of osteology, presenting important foundational structures that will aid in localization of soft tissue structures. Each dissection unit begins with a “Dissection Overview” providing a guide of what is to be accomplished during the dissection session. This is followed by “Dissection Instructions,” with a logical sequence and numbered steps for the dissection. Each dissection concludes with a “Dissection Review” that presents a numbered lists of tasks illustrating the important features of the dissection and encouraging the synthesis of information.