The 2009 update of the American Association for the
Study of Liver Diseases (AASLD) Practice Guidelines
for Management of Chronic Hepatitis B are now
posted online at www.aasld.org. This is the fourth version
of this guideline; the last version was published in
2007.1 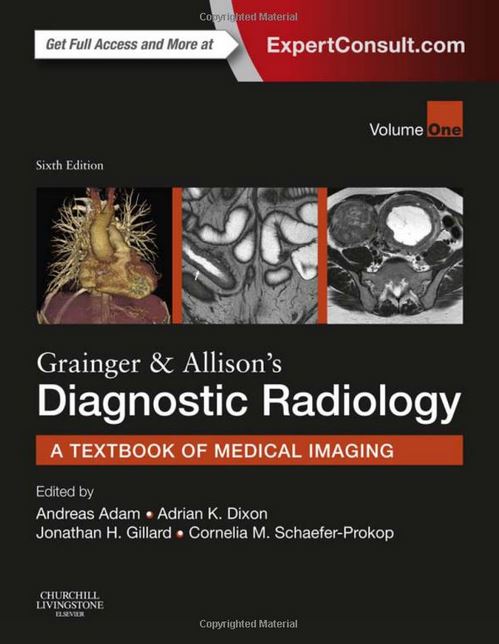 Long recognized as the standard general reference in the field, this completely revised edition of Grainger and Allison’s Diagnostic Radiology provides all the information that a trainee needs to master to successfully take their professional certification examinations as well as providing the practicing radiologist with a refresher on topics that may have been forgotten. Organized along an organ and systems basis, this resource covers all diagnostic imaging modalities in an integrated, correlative fashion and focuses on those topics that really matter to a trainee radiologist in the initial years of training. "Background: The global Tuberculosis (TB) control strategy recommended by the WHO, DOTS, is based on identification of sputum smear-positive pulmonary TB cases by self- referral to health services. The target set by the WHO is to detect 70% of all sputum smear- positive TB cases. Currently global case detection is estimated to 40% of an approximated 8.74 million new sputum smear-positive pulmonary TB cases yearly. Vietnam reports to have reached 80% case detection. About 2/3 of the detected and reported TB cases, world-wide and in Vietnam, are men and 1/3 is women. Whether this in all contexts represents a true difference in incidences or if there is an under-detection of female TB cases is not known. Aim: This thesis analyses and assesses how case detection of tuberculosis is influenced by gender as a structural factor, including differences between women and men in tuberculosis epidemiology, and health-seeking behaviour in a low-income setting. Methods: Within the setting of a demographic surveillance site in Bavi district, Northern Vietnam, we performed two cross-sectional population-based surveys (papers I-III). Among 35,000 adults, individuals with cough of more than three weeks’ duration were interviewed about their health seeking behaviour and knowledge in TB characteristics. TB diagnostics were offered to all cases with cough and sputum production (paper III). To explore doctors’ views and explanations for a longer doctor’s delay among female than male TB patients, clinicians in Quang Ninh were interviewed in focus group discussions and in-depth interviews. Content analysis was used to describe the findings (paper IV). In paper V we examined the chest x-rays of 299 men and 67 women diagnosed with sputum smear-positive TB at TB units in four Vietnamese provinces. Results: Crude prolonged cough prevalence was 1.4% and did not differ between men and women. We estimated the true prevalence of sputum smear positive TB in this population to 90/100.000 among men and 110/100.000 among women, representing a male: female ratio of 0.8:1 to be compared with the ratio within the district TB programme of 2.7:1. Case detection of smear-positive TB in this district was low among both men, 39%, and women, 12%. Possible reasons for this under-detection of especially female TB cases could be identified in gender specific barriers faced by the female TB suspect, and in health care providers’ actions. Women took more health care actions than men, but did more often choose to visit unregulated providers where quality has proven to be low. Women spent less per health care action and women reported less knowledge in medical TB characteristics than men. More men than women reported providing a sputum sample for TB diagnosis. The interviewed doctors emphasised their equal treatment of men and women in any situation, though some doctors recognised that gender specific needs might exist among TB suspects. In addition we found chest x-ray presentations to differ among male and female TB patients, with men having more advanced findings, including more frequently pleurosis and miliary disease. Conclusions: So far, the WHO recommended DOTS strategy based on self-referral has prevailed. The under-detection of women found in Bavi highlights a need for a discussion on gender equity aspects of the internationally recommended strategy. We have identified several factors that determine possibilities to get adequate care within the diversified health care system of Vietnam. Gender interacts with poverty and creates a situation in which women more often than men face important barriers towards adequate health care. An increased understanding of the socio-cultural or biological factors in Vietnam, influencing the woman or man with TB should not be regarded as the goal in itself, but rather as a way of identifying processes, leading to the ‘structural violence’, that actually creates inequities detrimental to health.